COVID caused the model for remote work to change, and these new regulations hit at the same. So, we were dealing with a bit of a double or triple whammy there. You know, one was an opportunity, of course, one was a challenge.

Welcome back, or welcome to Toughest Call a podcast for organizational leaders where we hear stories from your leadership colleagues about career defining decisions. I'm your host, Chaz Thorne. In this episode, I'm talking with Dave Reeve about a tough call, he made transitioning his 28-year-old business from a service model to software. Dave is the CEO of InvestorCOM, a leading compliance technology provider to the wealth management industry. Like many other leaders I've talked to recently COVID helped hasten a change that was in the works for some time. Interestingly, it wasn't making the call that was tough, but the implementation of it, what was particularly challenging was managing the difficult...

Looking for buy-in on your new strategy? Don’t just start with words. Start with data. 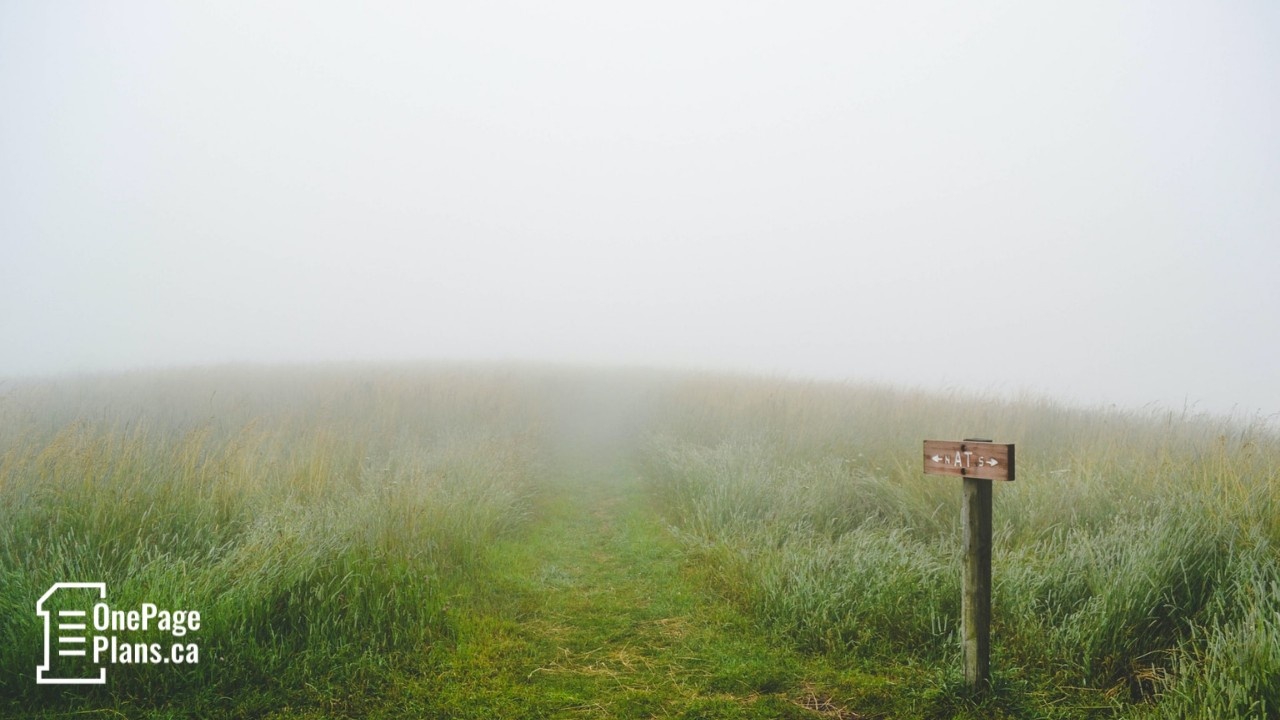 Sooner or later, every business finds itself at a crossroads. Adapt or die, as they say. For many companies, that push for change has been dramatically accelerated by COVID.

Over 28 years ago, Dave Reeve founded a tech company called InvestorCOM that provides compliance technology for the wealth management industry.

Even in an industry where change is relatively slow, it was apparent to Dave that he’d need to dramatically change his business if he was to adapt to the changing times. More specifically, Dave would have to let go of the business model he’d honed for nearly three decades and switch from a service model to a software model. And this move would mean lost jobs for some long-standing employees.

Armed with a deep understanding of where the business was headed, he chose to pivot. But the most challenging part wasn’t making the actual choice. It was stick-handling the fallout with employees and carving out a plan to get them behind the new direction.

The Importance of Communication in Strategic Planning: Four Tips for Doing it Right

When you’re standing on a six-inch ledge with a 2,000-meter drop straight down, it’s not exactly the ideal time to make critical decisions. But that’s what John Bourke, President of the Business Excellence Institute, had to face as he stood just shy of the peak of one of North America’s tallest mountains.

Between him and the peak was an overhang that required near spider-like abilities to climb. It was an obstacle he just wasn’t prepared for – mentally or physically. After some heart-wrenching deliberation and one final look at the impossible overhang, John decided the only course was to abandon the climb, something he’d prepped for more than a year.

What John didn’t realize at the time was that the biggest obstacle wasn’t, in fact, the overhang. It was his and his teammate’s lack of clear communication during this state of crisis.

Here are a few key lessons we can take from John’s decision-making during...

Getting Down from the Ledge: Why Overcoming Fear is Critical for Forging the Right Strategy

We all have moments of paralyzing fear when the stakes of making the wrong decision seem gut-wrenchingly high. John Bourke, President of the Business Excellence Institute, knows that feeling well.

John recently shared a story with us about the moment he had to make a decision that could not only change his life but potentially end it.

On a mountain climbing trip with his brother and his father, he found himself just short of the peak, on a six-inch ledge, and looking down at a 2km drop. Awaiting him on the other side was an overhang that he’d have to climb over with spider-like skill to reach his goal.

It was a challenge John was nowhere near prepared for. Too far past his skill level. And far too dangerous.

“I remember thinking very clearly, ‘I just can’t do this. Even though we’ve completed 75% of the climb, I’m brave enough to admit I'm just not up for this.’”

So, with his pulse racing, he made one of the most...

Just over a year ago, Nova Scotia’s Chief Medical Officer of Health, Dr. Robert Strang, made one of the toughest calls of his life: he recommended the entire province shut down to stop the spread of a then-new virus called COVID-19.

It was a colossal decision that posed serious political, economic, and health implications. But it was a masterclass in how to act swiftly in the face of uncertainty.

Here are the four things we learned from Dr. Strang about how to make colossal decisions:

1. Review data but trust your gut. In the early days of COVID, getting sound data was extremely difficult. In the face of this, Dr. Strang poured over any data he could get his hands on and then relied on his expertise and that of his team to weigh in on what it all meant for Nova Scotians.

2. Align yourself with key leadership. Dr. Strang didn’t and couldn’t do it alone. He worked closely with the Premier and provincial leadership to bring them all on the same page. That paved the...

The Lockdown that Saved Nova Scotia: Why Every Tough Strategy Needs Trust 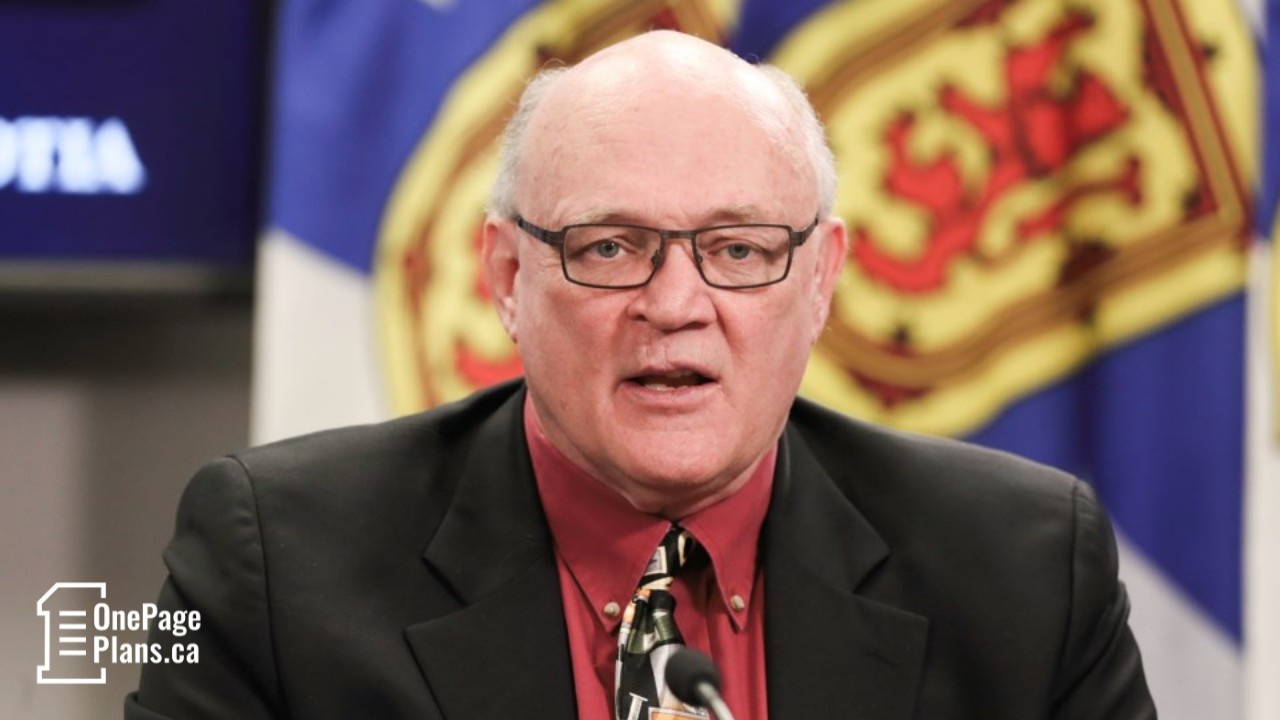 When North America first started getting wind of a possible pandemic, no one quite knew the right course of action.

Many in government wanted to watch and wait. Some were convinced we’d already outsmarted the virus. And still others thought the whole thing was simply exaggerated — just another variation of the flu.

While the public may not have known its extent, the urgency to “do something” was extremely pressing within Nova Scotia’s inner political circles. With catastrophic evidence pouring in from COVID-ravaged countries overseas, there was no time for public consultation.

There was only time to act.

And act, they did.

Under the advice of Chief Medical Officer of Health, Dr. Robert Strang, Nova Scotia completely shut down. No school. No restaurants. No offices. It was a lockdown like no one had ever seen before. And Nova...

This was going to require essentially shutting everything down and keeping people at home. Because if we didn't, the way this was spreading,  we would get overwhelmed really quickly.

Welcome back or welcome to Toughest Call, a podcast for organizational leaders where we hear stories from your leadership colleagues about career-defining decisions. I'm your host, Chaz Thorne. In this episode, I'm talking with Dr. Robert Strang about the decision-making that resulted in Nova Scotia entering its first lockdown at the beginning of the COVID pandemic. Rob is the Chief Medical Officer of health for the province of Nova Scotia. The tough calls that our leading health officials have had to make in the face of this pandemic have been staggering. Especially in the early days of the outbreak, these decisions needed to be made quickly. And with incomplete information. Even more challenging, they needed to be implemented within...

Is there Gain without Pain in Strategic Planning? 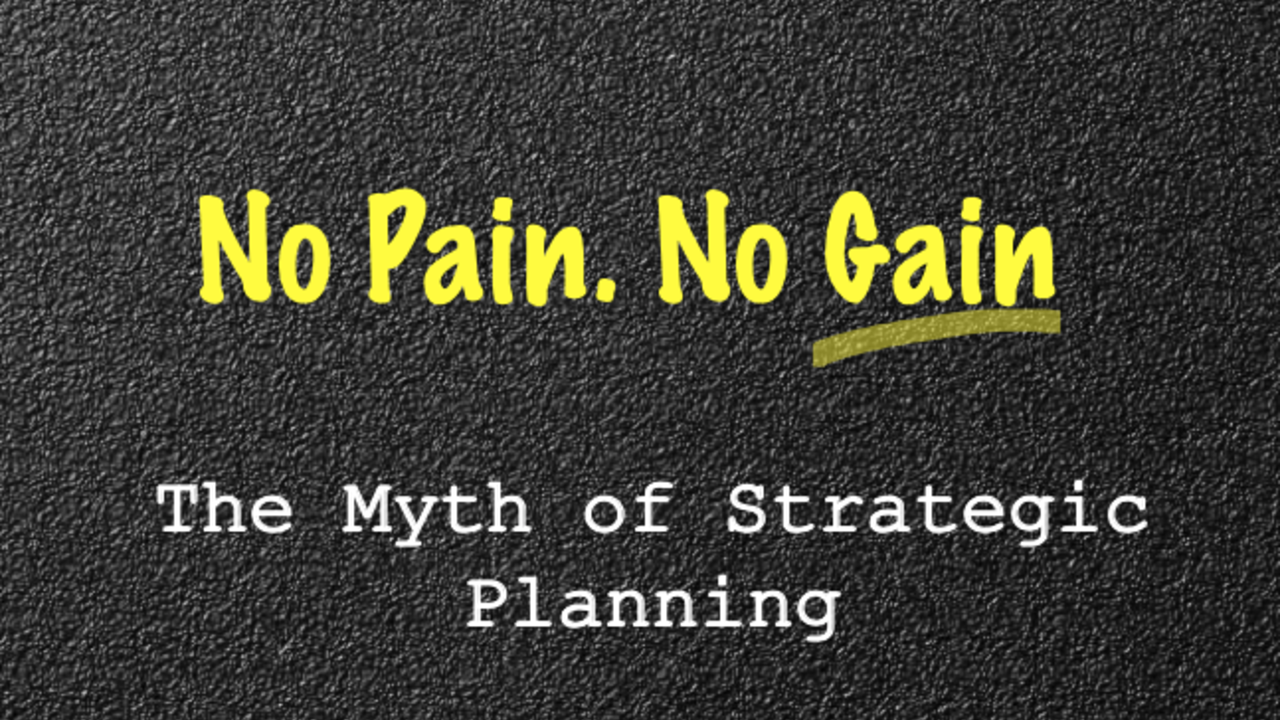 We’re almost through the first month of 2020, and many of us may have already given up on the gym. But not all goals can be dropped so easily. Like getting (or keeping) your business in shape. That’s one you’re probably determined to stick to.

Like hitting the gym though, strategic planning has a reputation for being rather painful. There are sensitivities between departments. Competing priorities. Challenges building consensus. And baking buy-in into the plan is always easier said than done. All of these things can not only slow down the strategic planning process, they can grind it to a halt.

But the fear of pain is no reason to avoid tackling your plan head-on. Because let’s face it. With no plan at all, you’re just inviting a whole different dose of pain. So, what’s the solution?

The answer all comes down to approach. Having worked with everyone from small non-profits to some of Canada’s largest corporations, I can tell you that the pain... 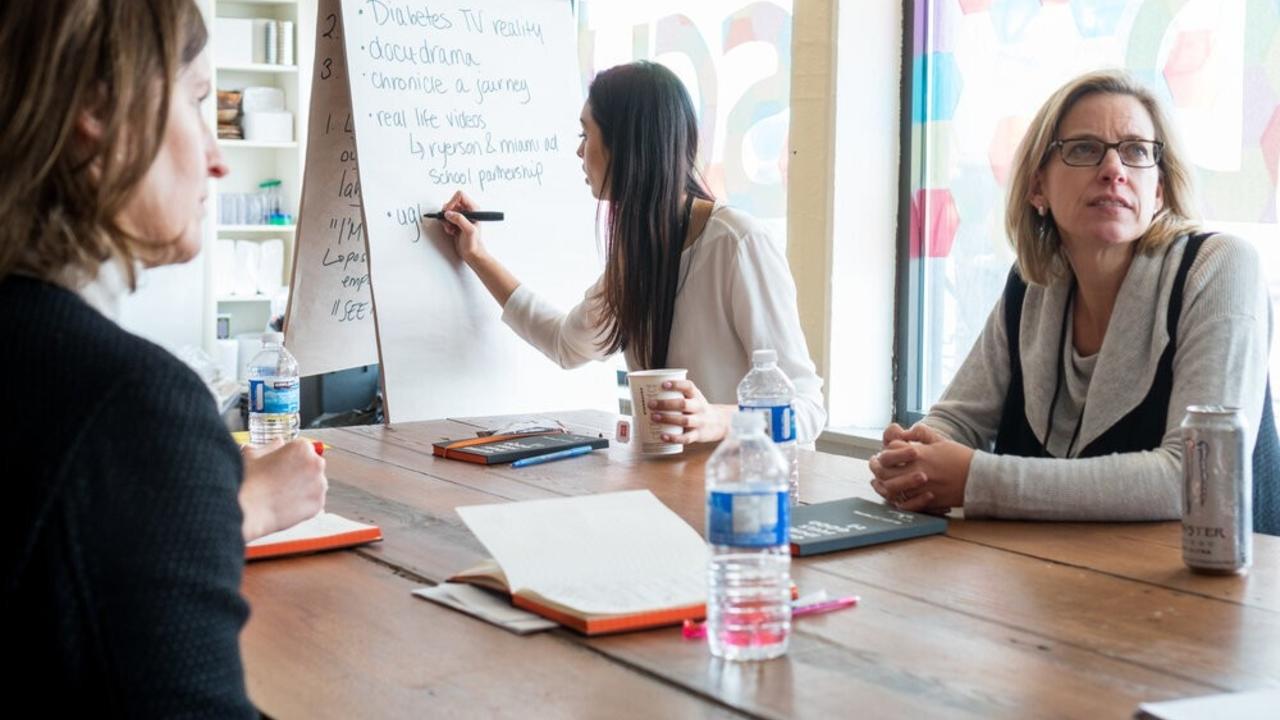 We’ve taken on our fair share of corporate strategic planning retreats over the past few years, and we’ve learned a lot doing it. One thing I can say unequivocally is that doing it right is tough.

You have limited time. Participants often come with their own agenda. And corporate sore points often creep into the discussion and bog things down.

But there are a few tried and true tips we always stick to when developing our strategic planning workshop. Together they help guarantee we keep on track and build a plan both on-time and on point. Here are our top three as we head into 2020:

1) Focus on Only a Few Priorities

You can’t boil the ocean. And you can’t be the best at everything. So pick your lane. Working on achieving just a few key priorities are more than enough to level up your 2020. We like three as a number, but it’s okay to have four if it’s really called for. As long as you have the resources to focus on them correctly and build... 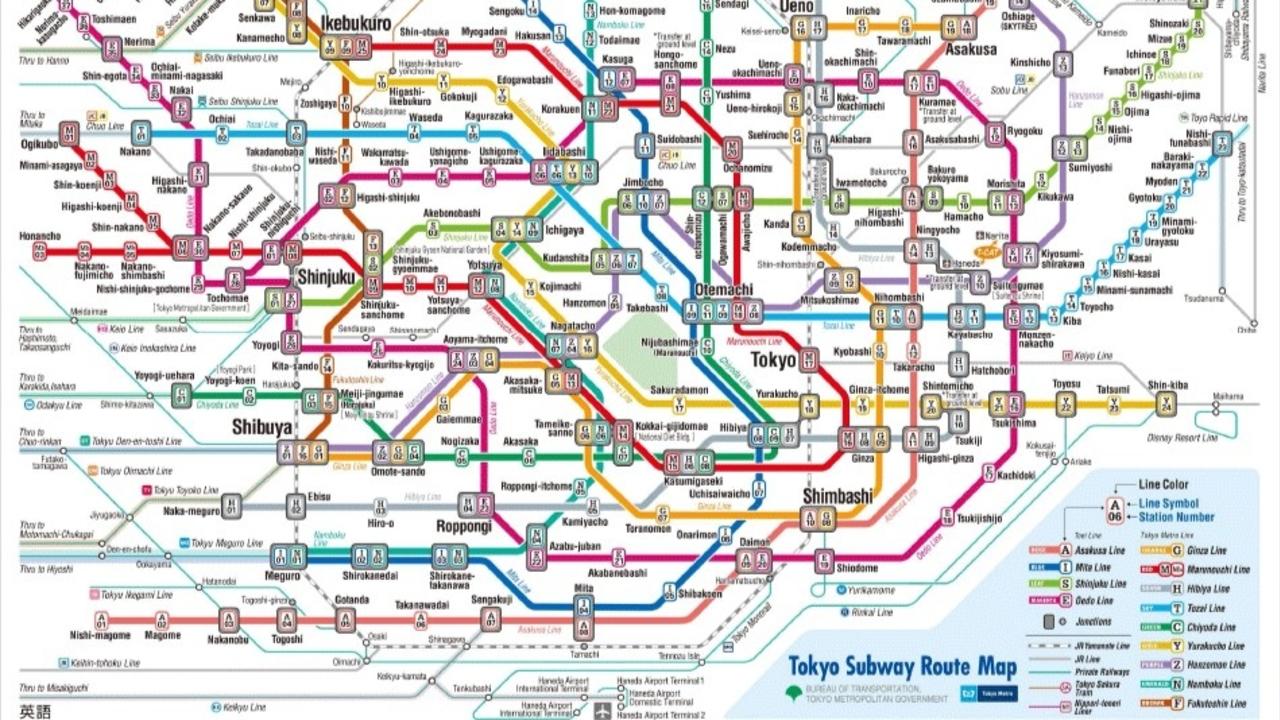